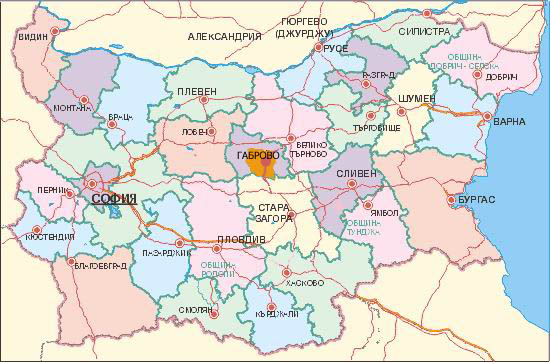 Gabrovo municipality is situated in the central part of Republic of Bulgaria.

The strategic location of the town and its proximity to the geographic centre of the country define its significance as a transport junction.

One of the most important road links passes through Gabrovo and it crosses Bulgaria from north to south. It is a part of trans-European transport corridor № 9 (Helsinki - St. Petersburg - Kiev - Bucharest - Ruse - Veliko Tarnovo - Gabrovo - Stara Zagora - Dimitrovgrad with diversions to Greece and Turkey). 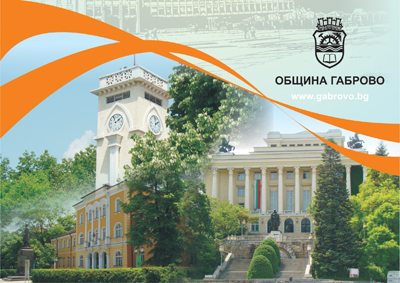 Climate
The average altitude of Gabrovo is 392 metres whereas the altitude of the surrounding elevations reaches up to 550 – 600 metres.
The climate in the region is temperate continental, characterized by cold winters and relatively warm summers.
The rainfalls are of markedly continental nature.
The north and northwest winds are predominant.
The average temperatures are around 10°C.
In the high mountain parts of the region the average snow cover duration is about 120 days.

Mayor - heads the municipal administration and represents the executive power